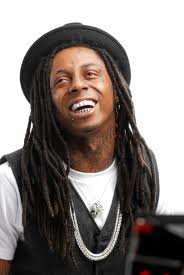 Have you ever walked into a book store and just stood there, overwhelmed by the choices? That's how I felt recently while in the San Francisco airport. It was late and I was waiting for a connecting flight to Reno. I wandered through the thriller isle - thinking no - life is scary enough these days, no grisly murders for me, thank you. I ended up in the philosophy isle, which was right next to the science section. My kind of place. But I had a stack of books at home, and more time to kill than a need for a book. So I sent up a question to my spirit guides, guardian angels, the universe, or whatever you want to call that higher source of guidance. What do you want me to read now, I asked? What do I need to know?

I found one book that looked interesting - 2013 - Raising the Earth to the Next Vibration by Richard Grossinger. The man has written several books - utilizing a "unique genre - the poetic textbook." Thumbing through the rather large tome, I found his style to be interesting and erudite. Okay, sounds good, I'll add it to my pile.

At the check out counter was a young man that could only be described as interesting - long hair in dreadlocks, a funny hat. He noticed my book and was immediately interested in the title - especially "raising the vibration" part - and asked me if I had noticed another one - The Book of Destiny - Unlocking the Secrets of the Ancient Mayans and the Prophecy of 2012 by Carlos Barrios? He said I could find my Mayan sign in just a few moments at the back of the book, which was about a unique astrology intended to help you find your destiny. He tried to leave the counter to go get the book for me, but a customer came along right at that moment. He kept pointing though - encouraging me to look at it.

Well, the guides, our angels, or whatever we want to call them often speak to us in mysterious ways. That young man with interesting hair and a beautiful smile knew exactly what I needed to read. The book is hard to put down. I'll do a review when I finish it. But in the meantime - I'm going to start paying closer attention when I ask a question. It's quite possible the universe has been answering me all along. I'm sure that young man had no idea why he felt it so important that the lady with jet lag look at that particular book. I thanked him and mentioned that it was important to listen sometimes - especially when you ask to be guided and someone then offers an opinion. He cheerfully raised a book on how to find joy, suggested by someone, that he said was just what he needed to be reading right now.
Posted by Nancy at 11:29 PM

Inspiration comes from all kinds of quarters, doesn't it!
I'm glad you're enjoying the book.
Did you mean 'tome' when you put 'tomb'? perhaps
Blessings, Star

I have also recently read that book and also really enjoyed it.

I just love it when I am "lead" to something I didn't know I was looking. It happened quite recently and I am still marvelling at the power of the universe.

intriguing...i am looking forward to your review on this one...

Sounds really exciting. I'm looking forward to reading what you have to say about it.

Answers come from all sorts of unexpected places-we just have to be open enough to listen. It sounds like you were! Happy reading.

Good one, Nancy. Another travel story! Haven't heard of this one, but we're definitely on the same wavelength. One more title for the list!

I just started reading a huge book that should take me a couple days to finish. This one sounds very interesting, I'll put it on my list. And yes, you were definitely guided to it.

I do believe that God speaks to us all the time through people, animals, weather, everything really! Sounds like the perfect book for you!

I'm so newly interested in New World cooking - especially Oaxacan style - these days. I keep thinking the Mayans are "speaking" to me through the food.

Can't wait to read your review!

I love it when that sort of "stuff" happens....
Look forward to knowing what you think of it ♥

A good lesson here. Thanks for that. I, too am looking forward to hearing more about this book.

The answers come if we will only pay attention.

I'm looking forward to your review!

Star - Yes! I meant "tome" not tomb. Thanks for catching it. That's what I get for writing late at night.

Reya - Wow - it seems many are being drawn to Mayan culture - Trish posted on this subject as well.

I love this post Nancy. That is how I was led to pick up "Where Are You Going?" by Swami Muktananda at a used bookstore last winter, and little did I know that months later I would meet my meditation teacher whose path began when he read that same book in the early 80's!

That's a lovely story. It's also exactly the energy level we grounded ourselves with for our journey from west to east. Even the nastiest people ended up blessing our arrival by showing their colors and sending us off to find a good home.

m.heart - What a great story.

Susan - Funny how that works.

We never know how our guides may chose to connect with us and give us the answers we request. Book sounds very interesting.

First of all, Congratulations on your POTW award!

I really enjoyed this post and, although I'll watch for your review of the book, I think I'll go ahead and buy it, anyway!! Looks so interesting. Yes, that young man knew just what you needed to read.

See, the Universe does guide us all. I've been contemplating downloading this book on my Kindle, now I'll just do it. Thanks!

Congrats on the POTW , and nice to "meet " you , Nancy.
I am often shy when others try to help me and yet when I am open to things the best gifts come.

Hey, Nancy. Great post. I think serendipity or synchronicity or whatever you want to call it is always guiding us, and if we pause to listen we'll hear it. Looking forward to your book review. :-)

When we open ourselves to wonder, wonderful things can happen.

this gave me a chill
the good kind

my grandmother used to tell me to be quiet, to listen, the universe was telling me "what was what"

I look forward to your review of the book

That is an important lesson, Nancy. You really never know what a day will bring, or an interaction with another will result in, but I guess just approaching both as being important, and worthy of attention is a lesson we all need from time-to-time.

I really love that you walk through this world mindfully, interested in learning, and growing. I end up thinking, "Wow, she's a grandmother, some day in the future her grandchildren will tell people, friends, how much they learned from her. How she had a different view."

I know, weird thing to share, but that's what was on my mind. Just thinking how we live on in ways we don't think about. That we're here, and kind of touching the future at the same time.

Shimp - Thank you! What a beautiful thing to say.