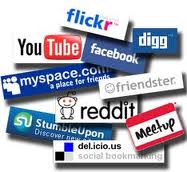 Many of you may have noticed that I no longer have a blog roll with all of your blogs on my sidebar. It is something that I miss - it is so easy to keep up when you update your blog with a new post, and I have fallen behind by not having this convenience. However, this was an intentional move to protect my readers. When writers Trish and Rob MacGregor were hacked several months back, a few of their blogging friends were also hacked. It was nasty - they hacked their email accounts, ruined a computer, literally made their lives miserable.

I closed my blog - totally eliminated it, and started a new one which I kept personal until it was clear I was not a target. But I began to worry about my readers. If for some reason I attracted a bad element - I didn't want my readers to also be pulled into the mess. Lucky for me, that has not happened. But for many, social media is becoming intrusive and worrisome.

This article about a mother who found her children were being used in an unauthorized manner makes the case for being very careful about what information you give to social media sites, and especially if you link them. In this case a mother found her children being used on one site, without them ever signing on to that site, just from them being a friend on her Facebook, and leaving a message on her Wall.

This is scary. The idea that information can be swiped and used throughout the internet is of major concern.

I have my blog linked to my Facebook page, so I don't repeat myself. But I recognize I'm then limited to what I say. Never a bad idea, awareness.

Thanks for the reminder.

it is scary that people can take your information and use it...or hack your site...dropped FB last year because of it and all the drama....def be careful what you allow people to see as far as your information...

I am constantly amazed by how much personal information people put on the internet. I'm glad you did not get hacked.

I find Facebook to be the invasive site and have very little to do with it. Settings must be kept incredibly private and even then, they suggest "friends" that they can only know from email address books. I have zero trust in that site respecting your privacy and therefore any and all sites can take what they may from it. Of course, no matter where we post, as soon as we hit "publish" or "send" it is indeed in the public domain. We'd have to be naive to think otherwise in this day and age.

This is good info for those of us with grands and to pass on to their parents. Thanks.

I read that article; it was beyond frightening. Nowadays the only way to be completely private is to be unplugged. It pays to be wary.

Linda - Just being aware is the key, I think.

Brian - I didn't like FB when they wanted everyone to post lots of pictures. Too easy for everyone to be used in face recognition hardware. Besides FB got its funding from Goldman Sachs. It may mean nothing - or it may mean everything.

Bruce - I know. And I often catch myself doing exactly that.

Hilary - I totally agree. I never worry about my writing being plagerized because I feel anything out there is pretty much public domain.

Grandmother - Yeah, I am pretty careful with pictures of my grand on my blog. Which is hard because he is so adorable! :-)

ds - I agree. Yet the thought of being unplugged is sad. I love being in contact with all of you.

I have a blog and a Facebook page, but they are not linked.
I think if you really want to be safe, you need to get rid of your list of followers, not just your bloggers block, lest they be attacked if/when you are. Or you are attacked if one of them is.
Tough world in which we live.
The only reason why I stay on Facebook is because that's how we communicate for Occupy.

Kathy - I feel the same way. Most everything that I write about here, I would share with a stranger.

Rob-bear - I think you have to be careful, but social media is here to stay. We are connected and we like it that way.

Scary story... and blog being hackeD? I didn't even know that could happen! I wondered why you went silent for a while there...

But Social Media is here to stay. I for one am grateful to facebook for giving me a way to stay rather efortlessly in regular touch with friends and family I have spread across the globe!

If I have anything I truly want to keep private, you can be sure it won't be posted anywhere on the internet!

I just hate the fact that there are people abusing this. ;o(