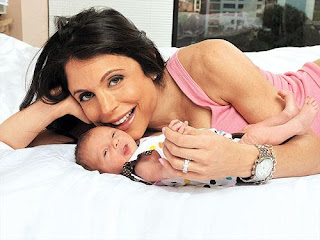 Does anyone else watch Bethanny Ever After? I know it is a reality show, and should really be below my sense of intellectual curiosity, but I'm not much of an intellectual, and I love reality TV, even if I  have to watch it alone. People are interesting. They just are! My husband argues that reality TV is not really reality, but some producers version of what might sell. Yeah, yeah, I know. But real personalities peek through, and you do get a sense of some of these people's idiosyncrasies, their character, their vulnerabilities, and their sense of right and wrong. And to me - that's interesting. Human beings are interesting!

Okay, so now on to Bethanny. If you haven't watched Real Housewives of New York City over the last couple of years (minus this year) you may not know who she is, but she is living a fairy tale life, and it all started just a couple of years ago.

Bethanny grew up lonely, there is no doubt about that. Her mother was dysfunctional and her father non-existent. She raised herself, and has been basically on her own her whole life. She wanted a husband and a family, it just didn't seem to be happening. That is, until about a year ago...

All in one year - she got a cookbook deal for her Skinny Girl food line, has written two cookbooks, found a great guy and got married, had a baby,  created a Skinny Girl Margarita (which is being sold for a bizillion dollars), has her own reality show, competed on Skating With the Stars coming in second place, sells out theatres to women who are dancing in the aisles waiting to hear her speak, and may be moving to Los Angeles! What's not to love? 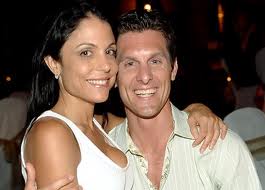 But beyond that she is vulnerable, grateful, kind, funny, and totally likable. She collects people, recognizing that each person has a wonderful gift, and that not everyone has the same gift. I love that about her. Probably more than anything else, I love that about her. She sees through the geeky food buff, who has a hard time talking to people, to the passionate heart that loves food and comes alive when he writes - she then figures out how he can join the fun with a part time job in her company. Just one in her managerie.

She knows she is neurotic and tries hard not to take it out on all the people around her - and there are plenty around her - all seemingly living with them in their small apartment in Tribeca. (Not really, it just seems that way.) 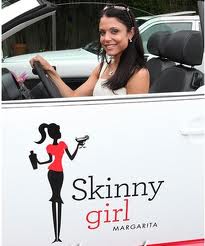 I know she will not do this show forever. She is a multi, multi-bizillionaire now. But I, for one, will miss her and her sweet husband, absolutely adorable baby girl, and all of the characters that she collects. She is the Cinderella story of our time. The lonely woman who had a clanging biological clock, with no viable prospects, that finally found her prince and so much more.

Life is amazing, and Bethanny is living proof.

Well I'll be horn swaggled... I never made the connection between the Skinny Girl franchise and this show. i have the two cookbooks, so now I may need to check out the reruns.

My guilty pleasures are Celebrity Apprentice and Top Chef

nice...fairy tales still come true eh? dont watch much tv...did get sucked into american idol this year because of the aspie kid...

I. Love. Bethanny. I think she is adorable. I love all her people and her baby is seriously the cutest baby EVER. She CAN be a bit shrill at times, but I can relate to that one!

I feel like I'm totally missing a good show...haven't seen this...but now that you've let me in on her life...I'll be checking it out....especially the skinny girl margarita ;)

I didn't know anything about her, since I don't watch any reality TV. I tried to watch Dancing With the Stars a few times, but even that was too hard for me to follow, so I didn't get very far. But her story is too good not to know about! So thank you for introducing her to me, Nancy. She is amazing.

What a great success story. I love strong women who aren't afraid to show their vulnerabilities. It's a fine balance.

neat post, nancy - always something to grab over at your place!!! have a glorious day!

A Year - I like Top Chef sometimes, but my favorite is Bethanny Ever After. I lose interest after a while, but this one has held my attention for two seasons already. :-)

Brian - I gave up on American Idol a few years ago when I realized a religious group was keeping one contestent long after when they should have been voted off. I guess we have to face the fact it isn't REAL, but maybe just better than watching endless cops and murder - usually of women.

Jen - Yes, she is a bit neurotic, but she knows it and fights it - sometimes.

DJan - She's worked hard but has had a streak of luck that she seems to be very grateful for. I like that.

OK, now I'll have to watch it! What a cool story.
Trish

I remember seeing her on Martha Stewart's apprentice back in the day, and she was compelling to watch. Maybe I'll tune in. I love reality TV too, for the same reasons as you. Human interaction is endlessly fascinating.

T - Honestly, when she started crying during a pre-marital counseling session with the pastor because she had NO ONE from her side to be at her wedding, I thought I would cry too!

Angella - I didn't see her on that show, but I can see why she is compelling to watch. She's changed so much from that first year of Houswives - much more likeable, easier going. Her husband is very good for her. Maybe I can relate - mine is good for me for the same reasons...

I'm kinda obsessed with her show. Love it, love her. I think everything you said nailed it on the head.

I'm not familiar with the show and until recently I would have said that I don't watch reality shows but I've been caught up in Sister Wives, lately. I have no idea why but I do enjoy it. Probably because I can't imagine living as they do. There's a show for just about everything out there, these days.

I adore bethanny and her show, her collection of lovable friends and her life....she is an inspiration that hard work and faith in oneself pays off and in her case, i believe it must have...didn't read what happens next week but after reading this, she must have made the big bucks on her skinny girl. makes me thrilled for her. xoxo

I've watched her show a few times and do find her interesting. The shows I love are Dancing With the Stars, American Idol, Top Chef, Next Food Network Star, Project Runway, and I even usually get hooked on the Bachelor. What I find with all of these types of shows is a 'study in personality,' which seems to serve me well as a writer.

It's entertainment and sometimes it feels good to escape reality and just enjoy.