Synchronicity and The Bad Back 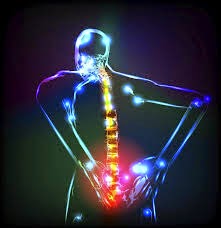 A few months ago my daughter called and said she had a conference in Disney World and would we like to join her there to take our grandson around Disney and Universal Studios while she worked? We readily agreed as it had been on my bucket list to take him sometime after he turned eight. He is only seven and a half, but we felt that was close enough as his mother already had a room, airfare for herself, etc. In other words, it was a good time as part of the trip was already paid.

So I made a pact with myself to walk and swim at least five times a week for the next two months to be in good shape for all the walking we would be doing for three days. (I was coming from a good place - lots of beach walking and swimming three to four days a week.) Well, to make a long story short, I didn’t do a thing! We arrived back home at Lake Tahoe and after living at sea level for six months, I struggled to adjust to the altitude of 6500 feet. (A doctor later told me it takes two months.) So that accounted for at least several weeks of not wanting to work out, but then the weather changed and was warmer and the excuses began to fade. We then started a low-carb diet and that took a week or so to adjust, or so I told myself.

So bottom line - I didn’t do a darn thing to prepare for Disney for two months and the day was arriving fast. 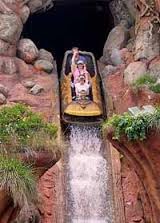 My clothes were lying on the bed ready to go into the suitcase, all the necessary fast-passes arranged at Disney, and a host of very expensive tickets purchased. Two days before we were to leave my back began to spasm! And when I say spasm - it was unlike anything I have ever experienced! Off to the ER the day before we left - with me taking little old person steps into the building. Nothing to do - cold compresses, pain meds, don’t do anything that hurts, was his only recommendation. You mean like riding Splash Mountain? Sitting on a plane for 7 or so hours? Rushing to catch a close connection in Phoenix, a notoriously large airport?

Needless to say, the suitcase left without my clothes or me. My husband met our grandson in Orlando for three days of fun and sun. They walked 12 miles the first day, 10 miles the second day, and on the third they lost count. I would have slowed them down without the “training” in all probability, but without it I would have been exhausted.

On the day my husband returned, my back was back to almost normal. A day after that it was perfect. This from being flat on my back in bed the whole time he was gone.

The Universe was letting me know if I wanted to be able to keep up and have fun at the ripe old age of 61 - I’d better quit with the excuses and exercise every day. As soon as I said I’d learned my lesson - no more excuses - my back was fine. I missed the trip, but I learned a valuable lesson. There are no coincidences, only subtle and not so subtle nudges. 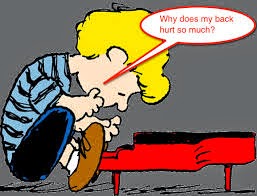 welcome back! no pun intended. what probably IS intended is a message from the universe to me, delivered via you. Sorry you missed the trip but glad you're so wise about it all.

Thank you! It's good to be back! Thanks for stopping by.

Welcome back! You were missed. I started a low carb diet 3 months ago and have lost 20lbs. I also hike/walk/run two miles a day and ride my bike several miles a week. I'm 50 and have never felt better in my life. Good luck with your lifestyle change.

Hi luksky! Thanks, it's good to be back. Yeah, I'm on the same thing. Low carb. It's working, but I miss love cheese and bread!