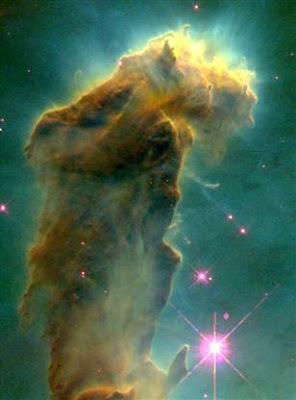 Some time ago I did a review of a book written by Carlos Barrios, a Mayan Elder, entitled "Book of Destiny." The review was brief, as most my book reviews tend to be, but Kashonia has written one that has whole excerpts from the book.

Carlos Barrios has not been happy with what some have said about the Mayan Prophecies, including that the world will end in 2012. However, he does believe it will be transformed, as all of the world prophecies are converging. That transformation is already happening, according to Barrios. So if you are interested, you can visit Kashonia's blog and read it in its entirety.
Posted by Nancy at 9:44 AM

Hi Nancy,
I just wanted to thank you...I'm so grateful that there are sites like yours out here. You have helped me many times with your posts to have a better understanding of all the changes our world is experiencing. I think it's wonderful that you share this information with me and probably many others out here learning about the shift.
It really IS all about love and respect. Thanks for sharin' the love.
with gratitude,
karen

Maggie - :-) Thank you, that really means something to me. I really do feel this blog is part of my destiny, but I have no idea why. I think we all have directions we should be going in right now, the trick is to find our purpose. I guess mine is to help direct people to ideas that might be important to them.

thanks for the roadsign to the review...you always have your finger on the pulse...

Is that book a small book Nancy? I seem to remember reading it last year and really enjoying it.

I read the post you referred to and found the ideas worthwhile to read and think about. What's that song? "Time to get ready, there's a change a coming…"

I have heard about this book and have been referred in that direction by a lot of people who are telling people to stop getting all CRAZY about the whole doomsday prophesy.

I am adding Kashonia to my blog roll!