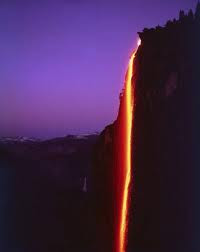 We have had a devastating fire season this year. The West has burned as never before. The fire in Yosemite created so much smoke in Lake Tahoe, that it was literally hard to see the mountains.

We lost 19 firefighters in Colorado. The Yosemite fire burned over 200,000 acres. 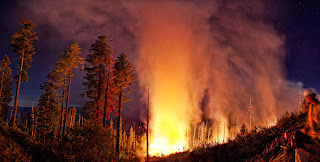 Nightline did a segment on planes that are used for fighting these fires. Did you know that they are so old they were used in the Korean War? Did you know they often crash - two last year, and one that literally lost its wings before crashing this year? The fleet has actually shrunk from 45 to just 11 planes. At one point this summer we had over 250 forest fires burning out of control.

The drought over the last ten years has created millions of acres burned, thousands of homes destroyed, and 200 dead firefighters.

A Forest Service report discussing the replacement of this aging fleet was first discussed in 2002! This is 2013 and absolutely nothing as been done.

Six air tankers were ordered the day the 19 firefighters died. None showed up. Not one. They were literally left on their own. It is unknown if they would have survived with air support, but one thing is for sure - we will never know. 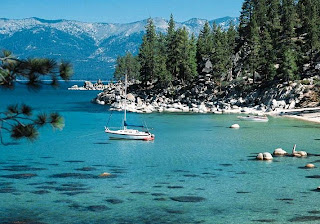 I live at Lake Tahoe. Some argue that we get what we deserve if we live in the forest - after all, it's good for the forest to burn on occasion. I don't disagree. But the clarity of Lake Tahoe is seriously threatened with every fire that has run off. This lake is a national treasure. I hope the next generation and many more after that will have the pleasure of looking at  its clear blue water.

So while we watch our natural resources burn, our politicians in Washington continue to debate yet another war. Estimates range in the trillions to maintain the 1,000 military bases the United States has around the world. Yet we have only 11 Korean War-era bombers equipped to fight fires in the United States.


There is something really wrong with this picture. 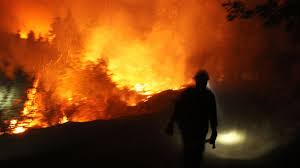 our priorities are def not straight...i guess they figure we can always import what we need...cause the war machine makes the money...

Brian - I agree. But money for whom - certainly not the taxpayer.

Oh, that beautiful picture of Lake Tahoe makes me wish I were there. But the one of the fire just raises my blood pressure. I agree with you that our priorities are not straight. Politicians are the same the world over, it seems. It's so nice to see you back in the blogosphere, Nancy. :-)

Something is definitely wrong with that, you're completely right! :o(

It's true that forests need fire as part of their natural cycle (sequoia cones won't open unless they've been through fire), but it doesn't need to be a blazing hell for days on end. Fires are inevitable, especially during a drought, but there's no excuse for not getting them under control asap! More money should definitely be put into this!

We were very worried about this same topic after cutbacks in the forest firefighting departments last year in Spain. Fortunately we had an unusually wet 2013 and the fires were not as serious as past years. I don't know what will happen when the next serious one flames up... They're also a HUGE problem in Spain. :o(

Take a picture, any picture, and there's something seriously wrong with it. But the more we focus on what's wrong, the worse it gets. Let's look for what's right - even if we really have to dig for it!

DJan - Thanks, DJan! Will visit you tomorrow... Yes, it is the same the world over.

Cris - I didn't realize you had the same problems in Spain. These fires are getting much bigger and more intense - covering much more area with the drought.

T&R- I agree we have to think positively, but we have to know what the problems are in order to change them. Things won't get changed until we put pressure where it needs to be. In this case its been discussed since 2002. And the freaking planes were built in in 1947! They are literally falling apart in the air!

Also the elite firefighters who died in the Yarnell, Arizona fire.
So tragic...

Nancy ever since I can remember most of Spain has been VERY dry (except the "green" north) and big fires happen every summer on various points around the Peninsula and the Islands... There was a really nasty fire in the mountains in Mallorca this year, burnt centuries old pines and olive groves...
On the Peninsula we got lucky this year, but it's always something on our minds when summer rolls in each year...

and it is great to see you here again, nancy - i have been away the past year or so myself - anyway, hope all is well with you and yours!